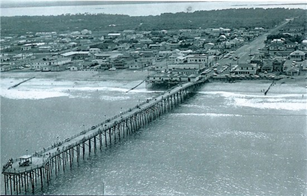 The Town of Kure Beach was incorporated in 1947 and at the time had less than 100 family living within the Town limits.  After looking through records, we have meeting minutes all the way back to 1952.  For most of the development of the department, most of the items used by the fire department were donated, borrowed, or purchased through various fundraisers.  At the time, the fire department consisted of around 20 local men who wanted to protect their homes and business from fire hazards.  Firefighters were given 50 cents per call, and the fire department averaged from 5-10 fire calls per year clear up into the 1970’s.  From the 1970’s to the 1990’s, the fire department’s call volume slowly rose as more and more people were moving to the area.  In the early 2000’s call volumes begin to break above 100 calls per year, as the development of the Kure Beach Village and other neighborhoods were reaching full capacity.  From 1990 to 2000, the population of Kure Beach tripled from roughly 500 residents, to over 1500 residents.  In 2001, the Town hired the first paid Fire Chief, Harold Heglar.  Chief Heglar had already been Chief at the time as a Volunteer for almost 30 years, and had been a very key asset to the department’s growth.  In 2005, the fire department assumed all responsibilities of the Ocean Rescue Division, one that was previously controlled by the Kure Beach Police Department. 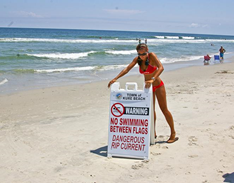 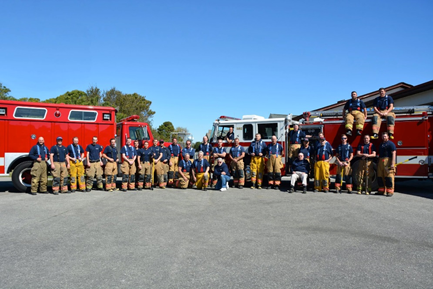 The fire department now employs 8 full time firefighters, 7 part time firefighters, 26 volunteer firefighters, and 30 seasonal lifeguards.  We are a 24 hours a day, 7 days a week, full service fire department that responds to fire related emergencies, medical emergencies, hazardous materials, electrical hazards, ocean rescues, bay rescues, and much more.  We also have a full fire prevention department, which consists of both inspections and various fire prevention activities.  In 2017, the Town approved to expand its buildings, and a new fire station is currently being constructed and expected to be completed by year end 2018. 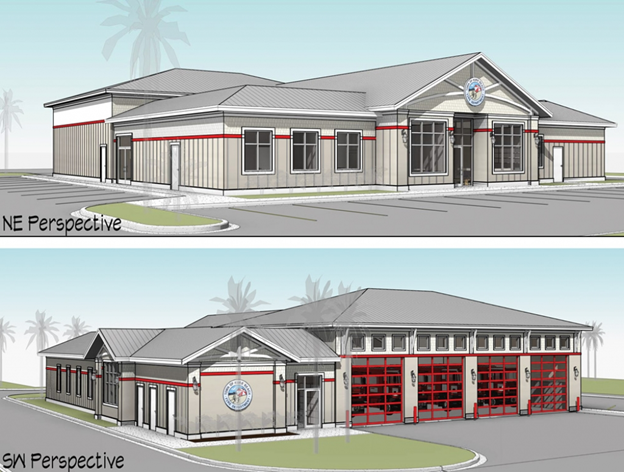